You Thought You’d Seen It All: Nose Hair Extensions

A beauty blogger received a barrage of abuse after jokingly posting a video about a bizarre new ‘beauty trend’.

Sophie Hannah Richardson showed her fans an unusual way to use fake eyelashes after reading about how nose hair was going to become the latest cosmetic must have.

The 27-year-old intended the tutorial to be a light-hearted joke, but some viewers were so horrified they lashed out at the blogger in the comments under the Facebook video.

Sophie, from Essex, she filmed herself curling up the black extensions and placing them up each nostril after reading about ‘fashionable nose hair’ online.

But some viewers did not get the joke and branded Sophie ‘disgusting’ and even ‘offensive’ after she posted the funny 18-second clip.

“I thought it was kind of ridiculous,” Sophie told Mirror Online.

“I saw an article about how nose hairs were the new trend. I hadn’t seen any tutorial videos so I just thought ‘why not?’

“After I posted it a lot of people were taking it quite seriously, which was funny.

“One woman even said I’ll never get married or have a house or child.”

Sophie gave up her job in social media last year to become a full time beauty blogger and has been making videos for three years.

She now has more than 90,000 followers on Facebook and a huge following on Instagram and on her personal blog.

“The feedback I get is mostly positive,” she said.

“I never respond to any of the hater comments because that just fuels them.”

Sophie was a pioneer of the glitter boobs trend that was seen at festivals across the summer.

She added: “I do a lot of things with glitter. I did a glitter armpit video recently, which got quite a bit of attention recently so I’m going to keep doing the funny videos.”

Sophie, who is getting married next year, says she is always on the look out for the next beauty trend.

“I am always looking for new stuff, especially if it contains glitter,” she said. “But I don’t think nose hairs will be catching on.”

Nose hair extensions are a thing

OK, so we were on board with squiggle brows. Wavy lips didn’t faze us. Heck, even booty glitter was something we’d maybe try on a dare. But ladies and gentlemen, we need to talk about nostril hair extensions.

They are the nightmare at the end of your nose. Or maybe the newest beauty trend – we’re not quite sure yet.

An Instagram post that was first spotted by Allure currently has the Internet very confused and a little afraid. That’s because a user named GretChen. Chen decorated her nostrils with curled fake eyelashes, and whether she meant to or not, a trend has been born.

This is perhaps the least wearable of 2017’s beauty trends. According to the trendsetter, “I just feel it’s boring to have hair extensions on a normal place.” Well said!

Either way, if you thought you’d seen it all in the beauty world – a la squiggly brows, and glitter tongues – then think again, because now we have nose hair extensions. 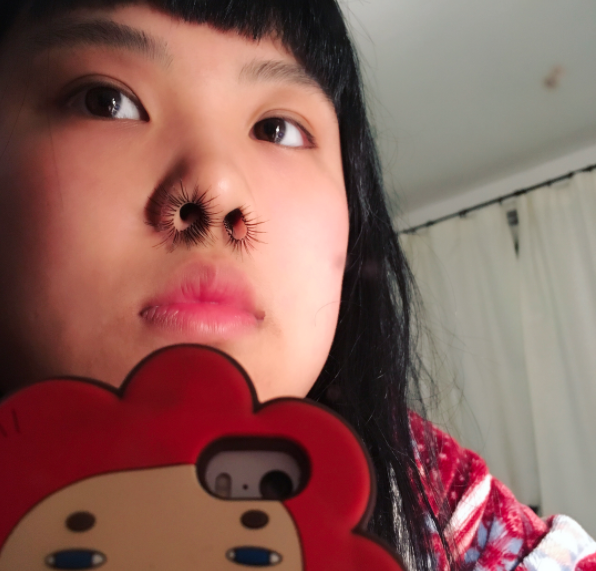 In these series of pictures, GretChen come up with this latest gem, and attached lash extensions to her nostrils. 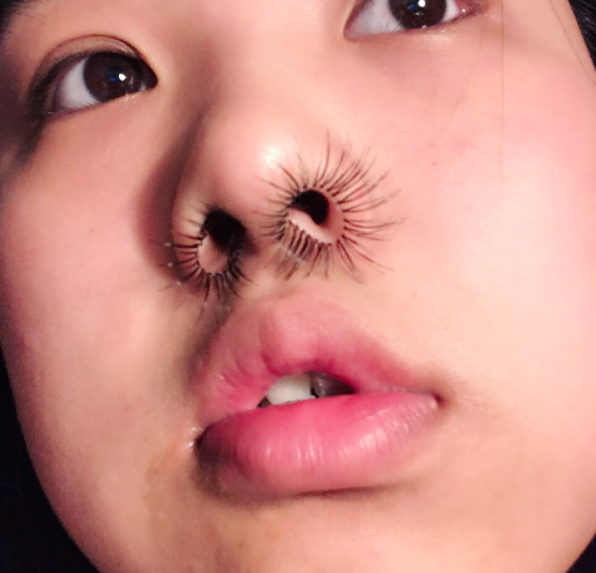 One beauty trendsetter has attached fake lashes to her nostrils. Photo: Instagram

And it’s not just a one off idea by a trendsetting genius, it’s going to be massive, with others already trying it out. 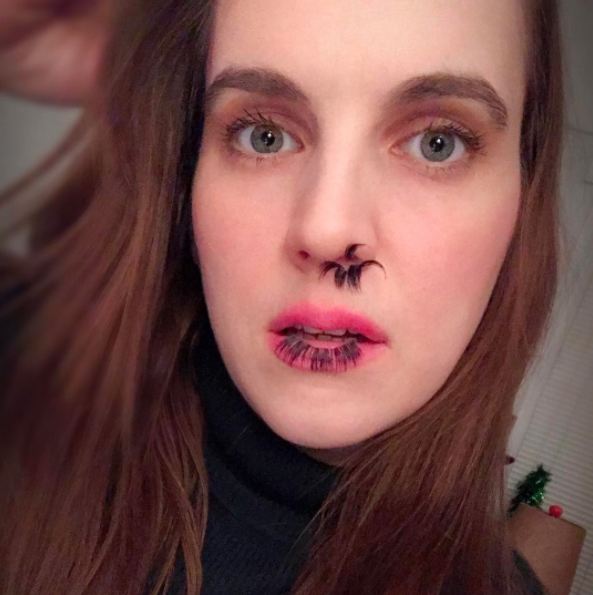 Who wouldn’t want it to look like spiders have been living inside their nose.

It looks like this unique look is going to struggle to make it into the mainstream though, with many Twitter users baffled by it.

They’ve been taking to the social media site to discuss the hairy look, and it seems most have no intention of giving it a go.

One popular tweet which was shared multiple times read: “Nostril hair extensions are a thing now, and I think I’m done with make-up.”

That seems to be the overall feeling on the look, with many beauty fans saying it’s a step too far and not something they can get on board with.

Given we’ve had squiggle brows and braided eyebrows, that’s really saying something.

Although it might look crazy, the look quickly gained traction and supporters, with plenty of other Instagram beauty guru’s trying it out and putting their own twist on it.

As crazy and unflattering as it may appear, the trend has certainly gained traction on social media and picked up by lifestyle news outlets worldwide, Mashable reports. 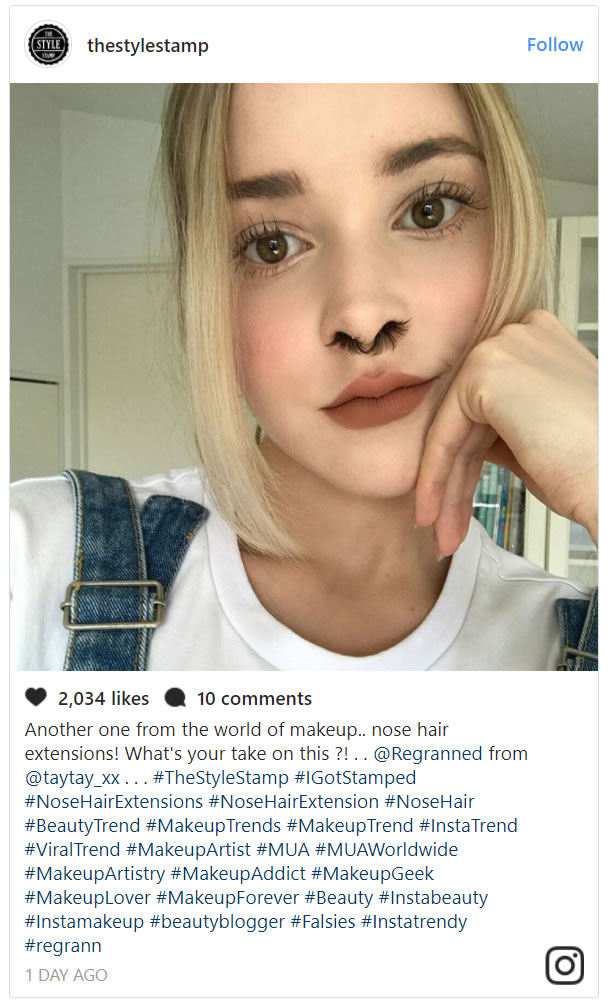 OK, I’ve officially seen all the beauty trend weirdness I need to see for 2017. But on a purely aesthetic note, the falsies are pretty gorgeous to begin with. Looping the “extensions” in a circle is somewhat hypnotizing and gives off a cool optical illusion effect.

Sure, this is not the style we hoped for, but maybe it is the one 2017 deserves.  I’m ready to move onto 2018! But before that if you want to rock nostril hair extensions this Halloween, or any day, go for it. 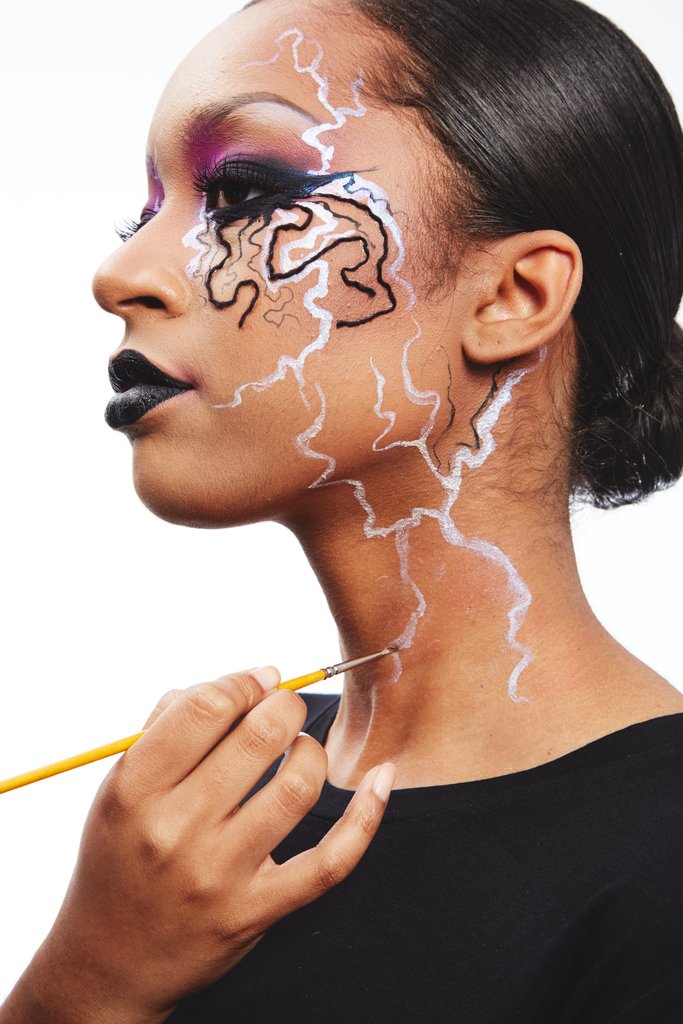 Want to make a makeup artist giddy? Utter one word — Halloween. Among beauty lovers, All Hallows’…

END_OF_DOCUMENT_TOKEN_TO_BE_REPLACED 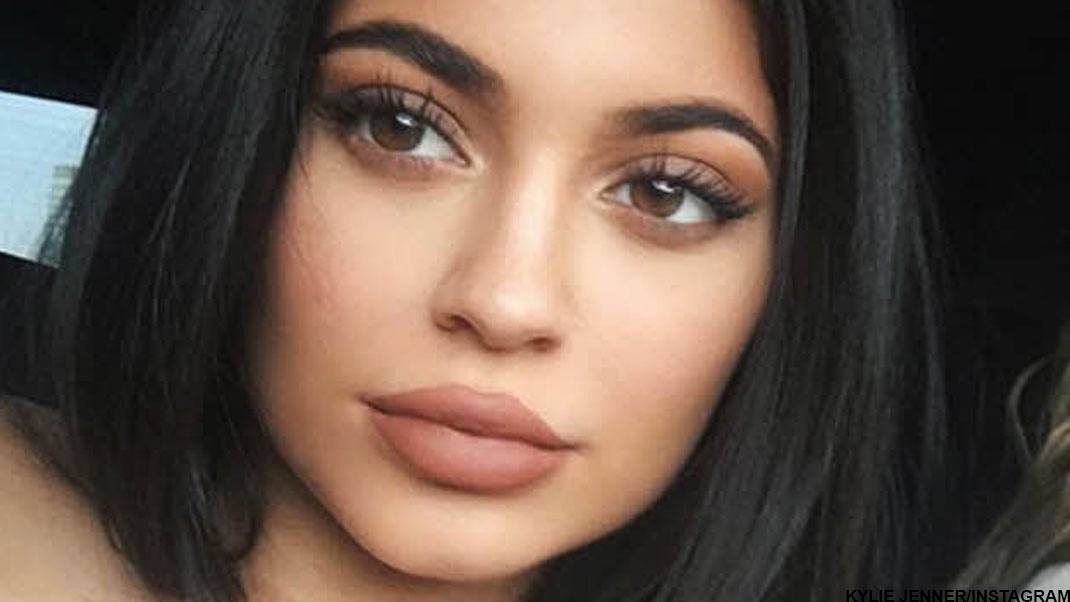 When you see celebrities like Kylie Jenner and more recently her sister Kendall Jenner, do you…