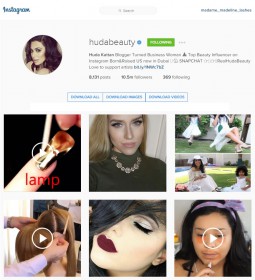 All about Huda Kattan – Top Beauty Blogging in Dubai

Huda Kattan was born in Oklahoma City but grew up in suburban Tennessee and Massachusetts, where she wore a lot of makeup. “I would go out, and I could hear people say, ‘Where is she going? Who does she think she is?’ ” she said. “And I’d smile.” Kattan studied finance at the University of Michigan-Dearborn but then decided to move to Dubai in an attempt to become the most popular beauty blogger in the Arab world. “I was focussed,” Kattan said, on the phone, from her home in Dubai. “I knew exactly what I wanted.”

As someone raised in the Western world (where she went by the name Heidi), Kattan is an outsider, but her thick raven hair, her enormous dark eyes, and her heavy hand with bronzer make her look like the women she’s schooling on how to apply false eyelashes or de-frizz their hair. (One of her tricks is rinsing it with bottled water, post shampoo.) Her parents are Iraqi (her father came to the U.S. for college), an advantage when most of the other beauty bloggers aren’t Middle Eastern. “Middle Eastern bloggers are seriously limited,” Kattan says, explaining that her fellow-beauty gurus in Dubai are mostly from Russia or Australia. She’s Muslim, but says she thinks of herself as “a spiritual person” and chooses not to wear a headscarf, which is helpful when your job is to show off your hair and full face. Other popular Arab beauty bloggers, such as Dalal AlDoub and Sondos Alqattan, both in Kuwait, do cover their heads.

Kattan launched her blog, Huda Beauty (the name Huda means “guidance” in Arabic), in 2010 and since then has become the preëminent beauty authority in the region. She attributes this to being “super passionate” about her subject; she was one of the first bloggers in Dubai devoted solely to beauty. “I knew once I started, my obsession with beauty was so strong, it would really spread,” she says. (It’s true that she’s as enthusiastic about lip plumping as most of us are about ice cream.) It also helped that she’s a trained makeup artist, so, unlike a lot of bloggers who’ve only put makeup on their own faces, she knew the techniques and products that would work for skin tones and facial features other than hers.

“If a brand appeals to Huda, it will, in turn, appeal to her fans,” says Lionel Durand, the C.E.O. of the Paris-based Black|Up, a brand for ethnic women. 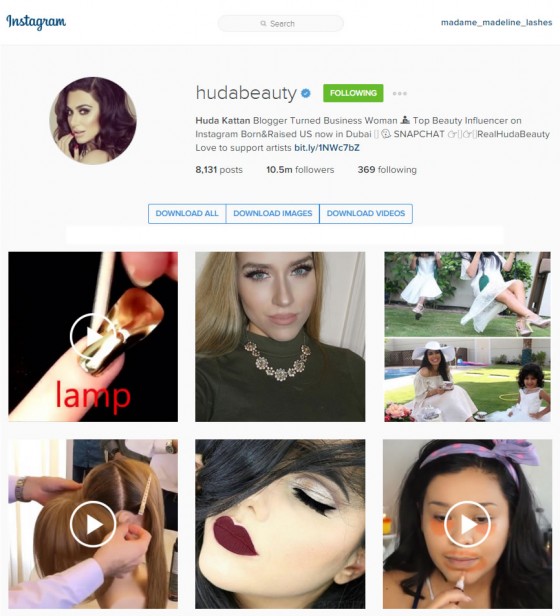 On Instagram alone, Kattan has 10.4 million followers. (By comparison, one of the biggest U.S. beauty bloggers, Michelle Phan, has two million followers.) She can create a trend simply by posting about it, like she did last summer with white henna tattoos (as opposed to those done in traditional red-brown). “It looks a little more elegant,” she says.

“The main reason beauty bloggers in the Middle East have a strong influence over their followers is due to cultural reasons,” Durand says. “Women there are not often ‘onstage,’ but the Internet gives them an opportunity to emerge and engage with a female audience.” Kattan also sells her own branded false eyelashes at Sephora in Dubai; she won’t reveal sales numbers but says that the income funds the blog and her other content. Sephora’s Artemis Patrick, the senior vice-president of merchandising, calls Kattan “a beauty oracle” and a “global powerhouse influencer.”

Kattan doesn’t speak Arabic well, but has tried to do a few YouTube tutorials using the Gulf dialect to please her fans. “The Arabic is really broken on them,” she says. “It sounds like someone in grade school speaking Arabic. There’s a lot of grammatical errors. I started to do it because people were requesting it, but I started to slowly stop because it was really, really difficult and uncomfortable for me.”

Unlike the supportive and almost suspiciously nice crowd that comments on beauty blogs in the U.S. (“You’re so pretty!!!” is typical feedback), Kattan’s followers are judgmental and often confoundingly cruel. They weren’t nice about her fledgling Arabic, and she often gets other comments such as, “Oh, look how hairy her arm is” or “You’re a slut”—jarring words made even more perplexing when they’re tagged to a video about how to make your lips look plump. “They’re very critical,” Kattan says, of her followers. “They can be really, really tough. It’s actually a bit hard, to be honest. You see all of these Arabic comments and some of them are so awful.” To relax, she closes herself off in her bedroom and listens to self-help podcasts by Wayne Dyer or Jack Canfield while trying out new makeup. “That’s probably a little lame,” she says.

Part of the reason Kattan’s audience is so demanding is that they’re fanatical about beauty products. Wearing false eyelashes, heavy kohl liner, and heaps of bronzer to the grocery store is the norm in Dubai. Kattan trained as a makeup artist in Los Angeles and has worked with the actress Eva Longoria and the reality star Nicole Richie, but struggled to put enough makeup on her clients when she first started working in Dubai. “Girls would ask me for natural makeup, and I’d be, like, sure, and I’d apply natural makeup on them,” she says. “And they’d be, like, ‘No, I want Kim Kardashian.’ And they’d show me a picture of Kim Kardashian, and I’d be, like, ‘This is full-on wedding makeup. This is not natural.’ ” With examples like this, it’s easy to see why American and European beauty brands are looking toward the Middle East. It’s L’Oreal’s fastest-growing new market. Especially in Dubai, women are constantly buying and fiddling with makeup. “I have to buy three of everything,” Kattan says. “It doesn’t make any sense, but I have to. I’m worried I might lose it, and if I lose it, then I have a backup and then I have a backup to my backup.”

All of which is good for Kattan. More than a thousand products were sent to her last month by companies hoping that she’ll feature them. Brands also want to hire her as a so-called ambassador, someone contracted to feature their makeup, hair goop, or skin-care products a certain number of times. “We get three or four e-mails a week from very serious and good companies,” Kattan says. At the same time, she’s looking back to the U.S., where she hopes she’ll get to be as big a name as she is in the U.A.E. For now, though, her popularity in the U.S. is nowhere near what it is in her new home. “In the Middle East, I can’t walk down the street without being recognized,” she says. “In the States, I’m totally fine going out.” 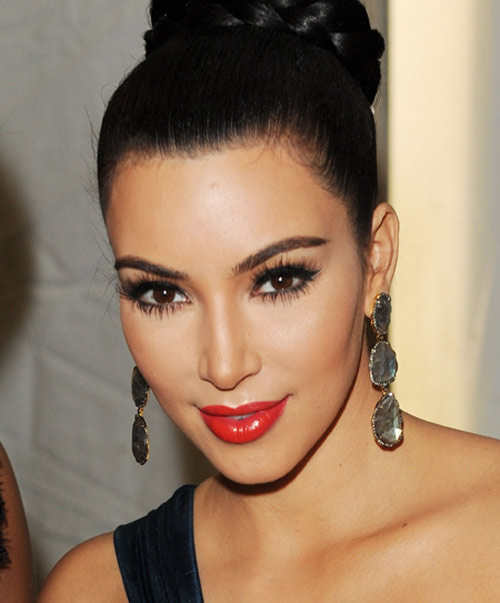 ​Nobody can deny Kim Kardashian​’s​ flawlessly groomed​ looks​.  Thanks to her stunning appearances, her name has become synonymous…

END_OF_DOCUMENT_TOKEN_TO_BE_REPLACED 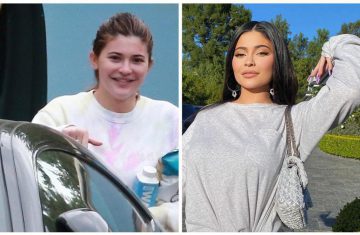 KYLIE JENNER IS UNRECOGNAZIBLE WITH NO MAKEUP AND A $1,500 TIE-DYE SWEATS ! Is that you…